Young man, I was merely pointing out to my wife an offending odor when you leveled your accusation at me, quite loudly I should add, eliciting laughs from fellow customers waiting in this line based on nothing more than hearsay. Your “Smelt it, Dealt it” theory is supported by scant evidence and I dare say flawed logic.

My olfactory senses are quite refined due to my years as an avid wine taster and this gives me a higher sensitivity to the currents of malodorous gases. If I wanted I could dissect this odor with great precision, but I do now wish to dwell in its contents, though I do detect a hint of curry. This ability to divine from the air a nasal malfeasance does not reflect a closer proximity to the point of origin and in no way makes me the creator of such a malevolent scent.

This “fart”, as you so crudely put it, appears to have wafted from your direction. Your shabby appearance and unkempt hair suggests a lack of cleanliness or concern for what odor may emanate from your own body. Your t-shirt demonstrates a basic lack of education, as most know that corn is spelled with a C not a K.

My embarrassed wife has just whispered into my ear that she is in fact the originator of this unique and musty bouquet and is asking me to stop conversing with you, so I shall step away and wait for the air currents of this Wal-Mart store to move her fragrant cloud elsewhere.

This revelation in no way lends credence to your untenable speculation and you are still nothing more than a charlatan of odor science. Now, I shall take my leave of you. I say good day. 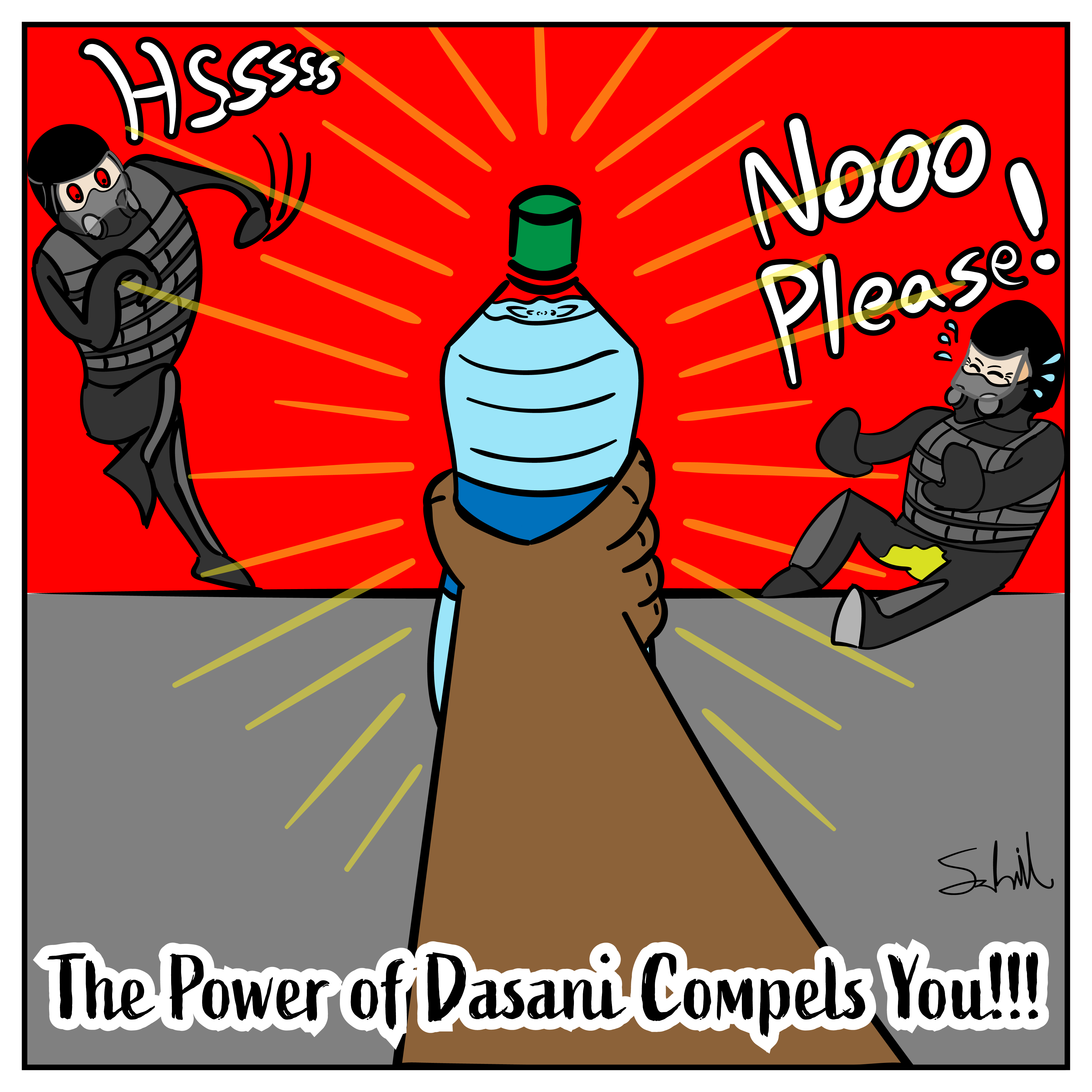 Blaze has been an inspirational speaker for 15 years having learned to overcome his problems and achieve maximum greatness. With a mix of spoken word poetry, hip hop and magic tricks, Blaze will rock some life-changing advice into your kids. His elementary school extravaganza and holistic self-journey sing-a-long inspires children from all walks of life to strive for greatness and grab a hold of the golden ring.

Blaze teaches by using his own life experiences. He’ll tell about his obsession with setting fires to empty warehouses in Boston, about being arrested on money laundering charges, how he broke out of prison and held a family hostage for 3 days until being shot with a stun grenade. He’s here to teach your kids how they can overcome their problems, any obstacle and achieve their dreams!

Nothing inspires a child more than watching Blaze’s world-renowned puppet show that tells the story of his 6-month meth binge in Thailand. How he accidentally joined ISIS and was arrested on terrorist charges. Escaping jail yet again, robbed a bank, stole an elephant and rode it to Cambodia where he started a cult and massed arms to lead a rebellion against the corporate elite. After a gun battle with Cambodian government, he weaned himself off of meth, went on a year-long LSD binge, saw the face of God and got his life together!

He’ll teach your kids about life’s ups and downs. How he had a small relapse with prostitution and child smuggling but then got his life back together yet again and form the fastest growing internet security firm! Only to lose it by inflating stock prices and stealing money from the company. Did that stop Blaze? No! He got himself back together yet again by sailing around the world attacking oil ships with pirates and learning to love himself. Just like he’ll teach your kids to do.

After the end of the lecture, Blaze will talk about a great new investment opportunity that the parents should really be excited about.

*No sudden movements around Blaze, do not look him directly in the eyes and by court order he is not allowed to be in a room alone with a child. 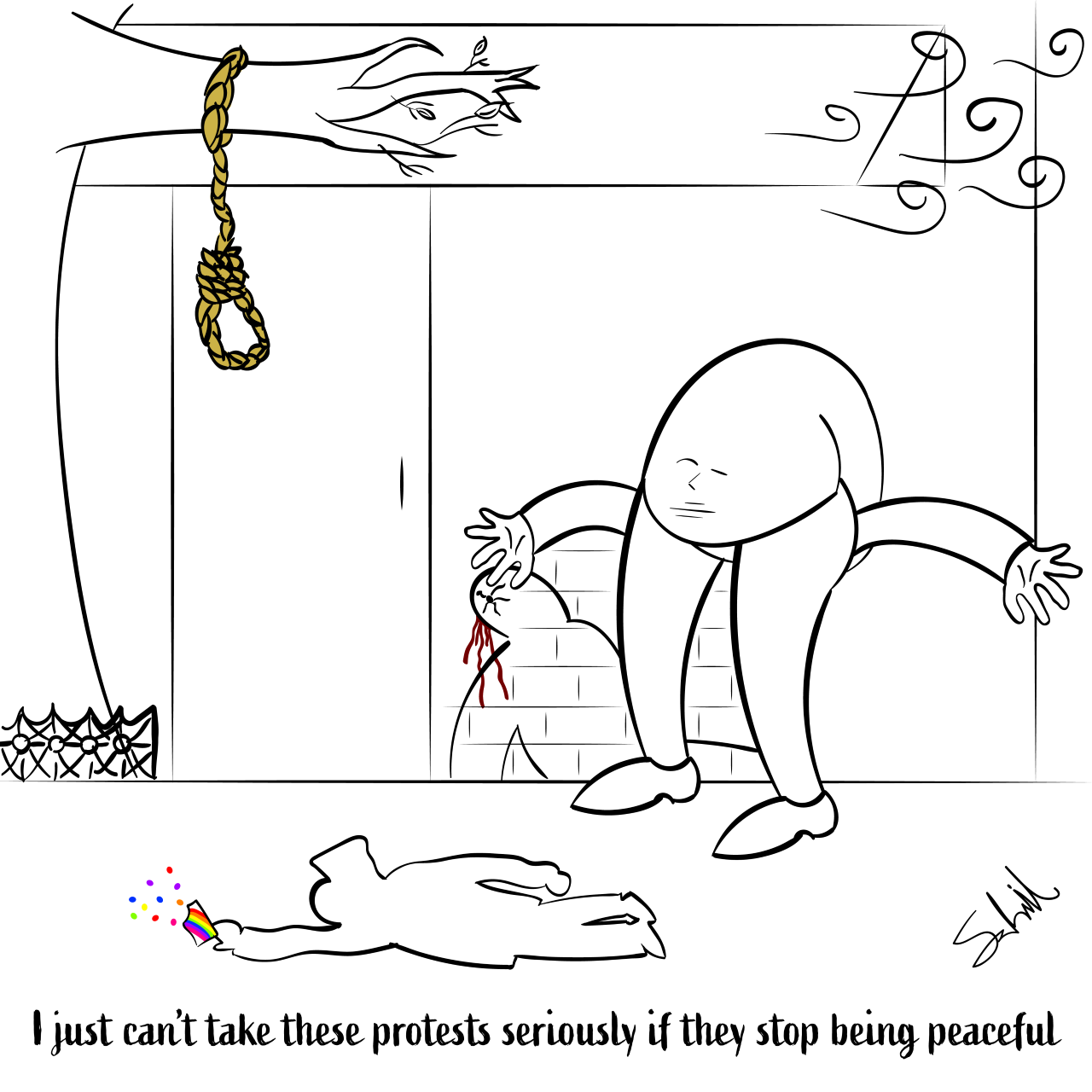 The flowers await the blanket of leaves

Climbing on top and straddling like a wild wet stallion

Until with the final orgasmic  shudders and

The comfort of pushing my Life Alert necklace

Awkward meeting at 4H bingo. I’ll call you. But don’t.

Edith is a poet and writer for the Sunnyvale Retirement Home Gazette. She recently celebrated her 85th birthday and enjoys visits by her children and grandchildren.

1.       I’m sure that thing that I don’t like is racist, homophobic or misogynistic somehow. I don’t know how yet, but I’ll make the claim and someone in the comments section will figure it out.

2.      The thing that does what it’s supposed to do, it works perfectly and that’s what’s wrong and stupid about it and you’re stupid.

4.      I’m a much more highly evolved person than most people that’s how I’m able to see fault in the thing that stupider people can’t see. Listen to me and I’ll help you become a better person like I am.

5.      How can I stand-out from others if I don’t give horrible advice and ill-informed opinions based on my need for attention?

8.      This will set up my article next month where I discussed how I used to hate the thing but now I no longer hate it and only stupid people hate the thing I used to love then hated and now love again and will probably hate in the future.

9.      Please like my article to give me the sweet relief of validation or call my mom and tell her I’m a real writer

10.   If you guys can fight in the comment section that would be great. I’ll just be here naked with my coffee watching the stupider people argue over how dumb they are for liking and/or hating the thing I like and/or hate.

Oh sweet treasure!
In the attic, neath a board:
A long-forgotten hoard of adolescent pleasure,
just as I’d left it, by the side of the road to carnal knowledge,
on my way out the door to college,
in its same duct-taped, contractor bag:

-A rough-cut, furtive collage
of lingerie girls
who migrated from catalogue to manila folder
(it occurs to me now that I’m older
that the voids in mother’s ads surely were missed,
adding another unspoken favor to the list on the heavy side of the ledger page,
marked “because I was at that age.”)

-A well-thumbed paperback
that signaled the time the Hardy Boys succumbed,
and were supplanted in my florid mind
by this collection of  letters of confession to a Penthouse madame
from the members of a larger-than-average club,
perhaps recently set free from the prison,
of their pants,
and also freshly-released, by a serendipitous, fleeting tryst
unbelievably avowed by the fictionally well-endowed,
whose meetings are now enshrined
in these lightly mildew-lined, antique pages of utilitarian readings.

-What a time capsule this video would be!
Those women in their MTV fashions with their enormous hairstyles sprayed high
while mulleted morons labored over them after a pizza delivery.
Descrambled and pirated at somebody’s uncle’s house
from the giant, parabolic dish pointed incriminatingly at the smut satellite on the horizon.
But alas,
this betamax tape may as well be a wax cylinder for Edison’s prototype talking machine
with its contents to remain forever unseen.

-And lastly, a slight stack of Playboys,
maybe swiped from some newsstand or other, or forever borrowed from an older brother
and packed with Hef’s mannequins plying their bloodless ministrations
following some airbrushed surgical renovations
holding my teen brain in a stranglehold
with each unfurled centerfold.

And the whole, magnificent, fossilized cache unearthed
by my darling, little offspring archeologists on this trip to grandma’s,
in a festival of mirth
and presented to their mom in my mom’s kitchen.
No need to dig for an explanation
during my blank-and-red-faced mental vacation
as my stunned, frozen smile melts
in brief, slow-motion
into a pool of embarrassed realization.

If there’s one thing I can tell you about the Mark 7 X-J Converter is that it’s a temperamental piece of equipment. For one if you hold the main control knob like that it’s gonna jerk and you’re gonna lose your grip and possibly your thumb. Hold it with a three-finger pinch with slightly less thumb pressure. Get a good stance and get ready because it’s gonna kick.

Now when you’re pushing the capacitor multi-nodal button do it with a pattern of 3 then 4 then 4 or the machine will burn your groin. Groin burns are pretty common on the Mark 7 mainly because you have to keep the joiner pad down your pants.

Make sure to duck when your pushing the capacitor multi-nodal button or the mast will hit you in the head. I don’t know how many times you get some young jock on a Mark 7 and they’re too busy blowing into the balloon hole to notice the 300 lb. cast iron mast and then I’m having to clean brain goo out of the buckling-spring keyboard. So always wear your helmet and be prepared to duck.

That high-pitch squeal you’re hearing is the belt-tightener. The Mark 7 has a levered belt to keep the juice bottles constantly moving. I’d wear ear protection and even then you’re probably gonna get what they call the ‘ear-bleeds’. Pretty common among Mark 7 jockies.

If you let the fire go low in the chassis there’s a chance of a back draft and explosion, so always keep the heating core loaded with kittens. There’s a box in the corner and if the you see it getting low throw one immediately. Don’t worry about an acquisition form, we have a warehouse full of those things.

Really that’s about it for the Mark-7. Oh and I forgot you may occasionally need to reprogram the clapper. The equation is on the plaque above the gas pedal. It’s really simple. Flip the lever, hit 4, 3, 5 #, ! Control Shift and then wait 30 minutes. Once the throttle stops grinding against the 6-inch heated blade, calculate the new flapper speed using κ = 8πG/c4X a^2 + b^2.  You have 30 seconds to calculate the speed and input it into the clapper AVR unit. Better hurry because if you’re late or your math is wrong then all of a sudden you’ve got a 6-inch blade sticking out of your groin.

Okay I’ll be in the back room drinking. We’ll clean up the mess left by the last guy to man the Mark-7. His wife is coming to identify his remains and pick up his personal effects. Also It’s Barb in HR’s birthday so there’ll be cake later.